As I think I have mentioned previously, last spring I was fortunate enough to spend some time in England and Italy on a Mellon fellowship related to my research. I stayed a few extra weeks to do additional sight-seeing with my mother and grandmother. Mom is a high school English teacher, so Stratford-Upon-Avon was a must; hence the photo above. This month, I wanted to share the resources to which I regularly turn when on the road but in need of Shakespeare’s primary texts. Naturally these are digital in nature, but each lends itself to a specific context. I’ve included screenshots of the first page of The Tempest in each for the sake of comparison (click on them for a larger version of the image). 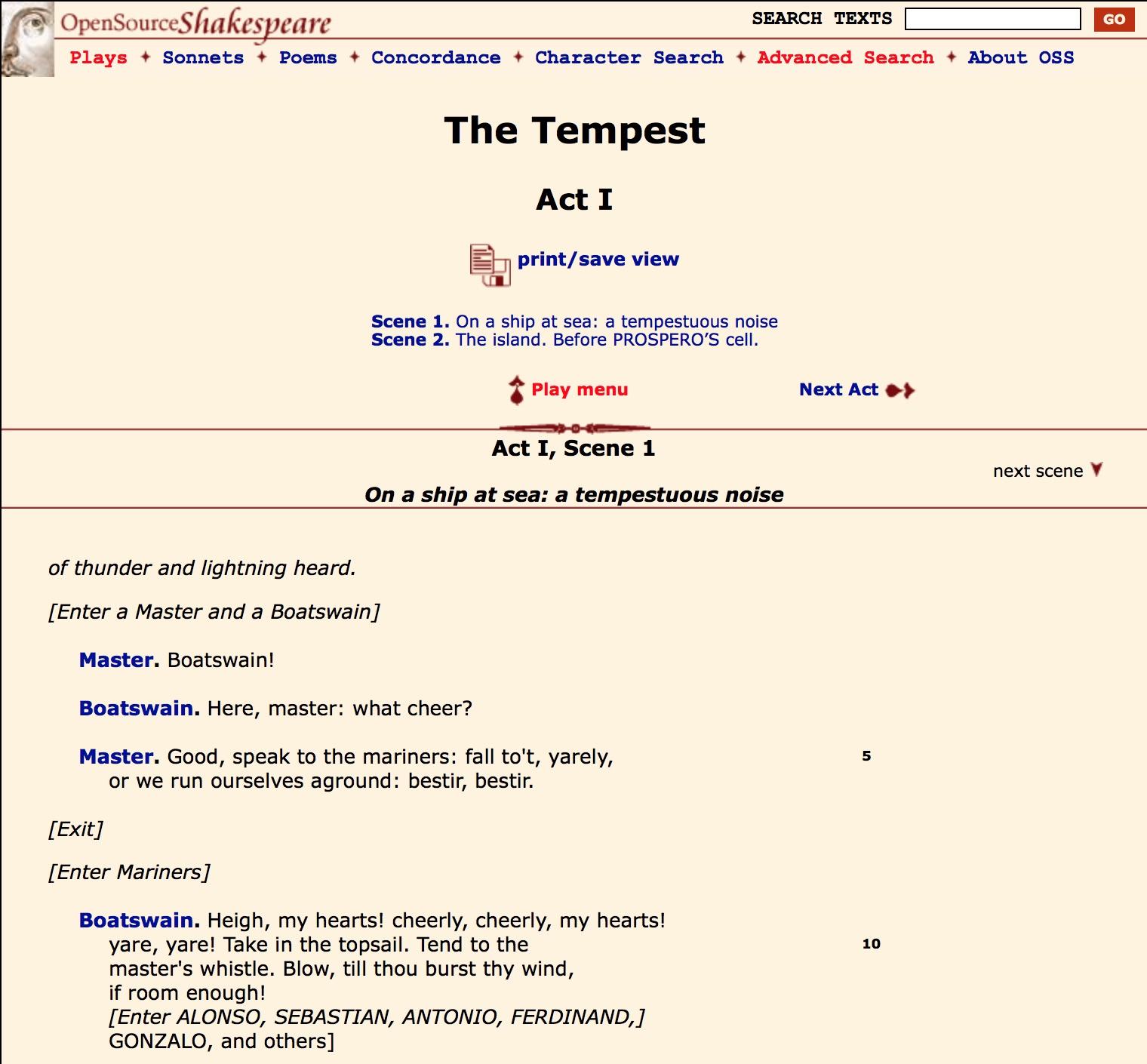 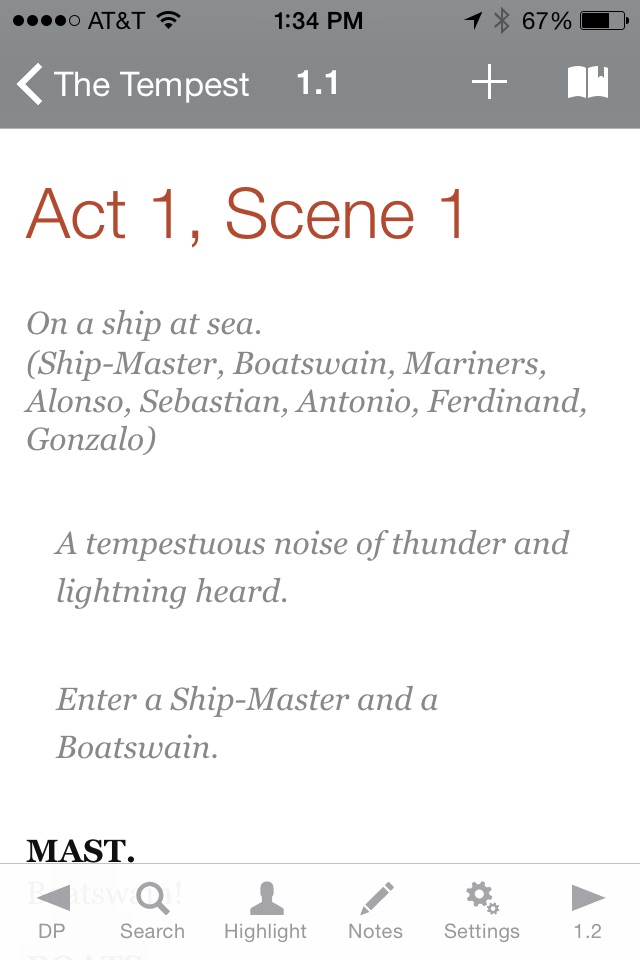 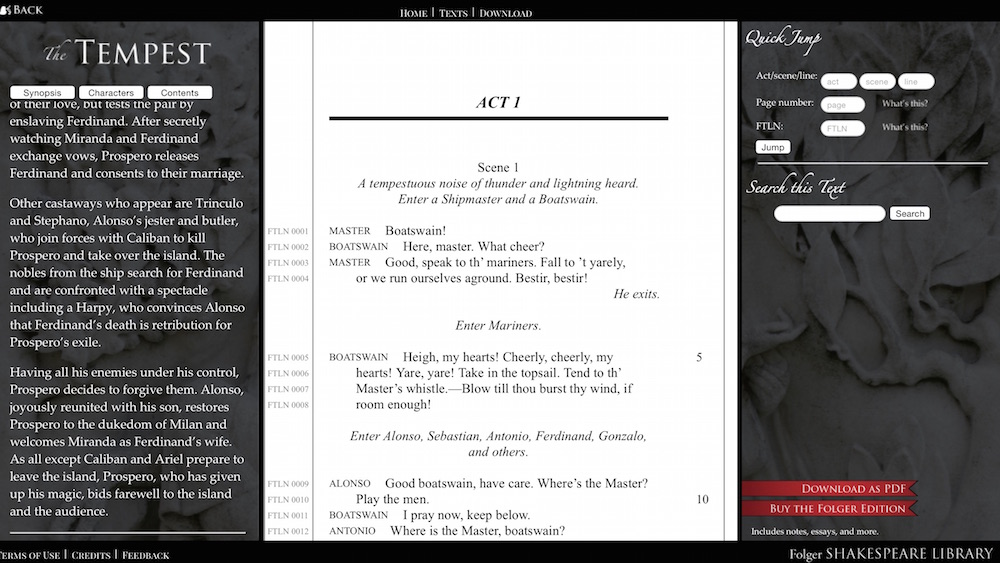 A beauty masked, like the sun in eclipse, Gathers together more gazers than if it shined out.

This weekend, WYW continues their foray into eighteenth-century English comedy with Wycherley’s infamous The Country Wife. Performing work from the Restoration is arguably often trickier than tackling the usual Shakespearean fare; there is a much smaller performance tradition and precedent from which to build. However, the student troupe seems to have taken their time in order to deliver this well-considered production. Director Eric Krull’s thematic reading of the play as “good girls gone bad” nicely emphasizes the problem of decorum getting in the way of desire at this play’s core.

One of the pay-offs from attending a company’s season is the pleasure of watching different performers develop and discover their own strengths. Eddy Jiminez proved an exceptional Mr. Sparkish—a far better parody in drag than as an, admittedly more difficult, heroic lover with a great manic laugh to boot. Liana Alcantara has a strong sense of the relationship between the text and her facial expression without overplaying it, which served to produce a pleasurably sarcastic Lady Fidget that still demonstrated a sense of personal agency despite driving carnal desires.

Horner (Byron Keller) was not quite the salacious hunk I anticipated, but certainly made the part his own by underscoring its puppet-master qualities. We also get an Alithea (Liz Porter) well-suited to her Mr. Harcourt (Keith Chavez) capable of the quick witty repartee and the pacing required. They are the couple in which you invest also because Porter and Chavez have put in the time in bit parts all year, and that time seems to have payed off when getting to these larger roles. The ensemble had some trouble running over one another’s lines, but it was somewhat made up for by ingenious blocking.

Wycherley’s play is probably most remembered for its consistently clever off-color comedy, resulting in some particularly famous scenes. The first one, where Pinchwife (Jon Harden) threatens to carve into his own wife’s (Nora Ellis as Margery) face lest she obeys, is violently unsettling. However, Harden protracts his manic annoyance adjust the tenor of the scene, and it helps that Margery doesn’t actually write anything despite the threats. She draws circles instead, which is a self-negating technique that plays up a meta-theatric quality while dampening the sexism modern audiences struggle with.

A door and black curtains also made for an effective execution of the notorious “China” scene, where breaking glass covered the sounds of orgasm. They somehow found phallic-shaped vases—a nice touch. WYW’s sense of comedic physicality is one of the groups strengths, and this play’s eroticization of secrecy provide a lot of opportunities to put that to use. In fact, the predominant strength of the season has been a good sense of body humor and use of physical space to that end.

In the basement locale they used both the recessed traditional stage space with proscenium as well as the main floor to direct our attention to varying city settings. Gestures were used effectively for the most part to indicate puns on cuckolding (i.e. adultery), but at times bosom-grabs had mixed results. But, as the Virtuous Gang in the final scene instruct the bumpkin Margery how to flip her fan with duplicitous city sass, WYW’s production reminds us of a period—perhaps much like our own—where identity can often be just a performance.