I am sitting in the Fort Worth Amtrak station waiting for a transfer that will take me to Austin. I’m headed to my last academic conference of the semester. We’ve been rolling through Texas landscapes since about 8:30 this morning; traveling through state a that struggles with its religious conservatism and desires for expansion had me reflecting on the last two Illinois Theatre productions I’ve seen, Kingdom City and In The Blood. The former was a metatheatric revision of Arthur Miller’s The Crucible and the latter of Nathaniel Hawthorne’s Scarlet Letter.

Both plays offer a meditation on the ways in which our Puritanical roots are meted out in present-day society, with the Evangelical pastor as the central figurehead of the corruption and hubris American religious conservatism evokes. Kingdom City gives us the initially benign youth minister, Luke (Jordan Gleaves), who counsels the town’s children on sexual consent with an eye towards abstinence. He uses his own, albeit vague, story of redemption to both offer humility and establish ethos—he’s been there, he knows. Pastor D (Janjay Knowlden) uses a similar posture to curry backers to build him a new church in In The Blood, all the while ignoring, sexually assaulting, and eventually physically hitting the neediest in his community, the mother of his child, Hester (Maya Prentiss). Knowlden gives us a powerful performance of the allure of the evangelical spokesman who is himself unredeemable. Gleaves, on the other hand, is able to curry some sympathy in relation to the loud-mouthed New Yorkers who come to his Missouri small town with some bigoted baggage of their own. Ultimately, both pastors are unsympathetic in their respective plights because the advice they offer doesn’t truck in reality, ultimately restricting the speech of their parishioners to interpret God’s plan for them on their own.

Both plays also tangle with questions of sexual consent and violence, entwining them with that of sexual awakening and the silencing of women. In Kingdom City, the rape victim is forgivable and recuperable because she is still a minor, a victim of the poverty in which she lives. For In The Blood, however, it is more complicated. Hester is continually referred to as both a simpleton and a goddess in the sack. The implication is that to be a sexually compelling and somehow complete woman, one has to return to some kind of Noble Savage status in order to validate female agency. While this does highlight the inequity fundamental to our biology—women show and give birth while men only contribute to the recipe—it offers a very narrow definition of acceptable female identity. Two models of womanhood excluded from both plays include the woman who chooses not to have children and the woman for whom an abortion is a healthy option. We are horrified at the forced hysterectomy Hester undergoes, but the play doesn’t entertain abortion. It comes up in a conversation with her former lover Amiga Gringa (Alexis Dwayne), but quickly batted away.

I am dealing primarily here with the content of both these plays and how they figure in the theme of censorship for Krannert this season because the performances were all strong. More importantly, these functioned as ensemble pieces cast evenly and colluded to produce a coherent aesthetic experience. Kingdom City turns in on itself in the end: instead of picking sides between the progressive, non-religious New Yorkers and the suffocating, conservative Missourians, the children rehearse lines from the play the church would have banned to free themselves from their community’s hate. Ultimately, the play backtracks from the issues of religion and region that had been at the forefront to make an argument about what theatre is good for. For In The Blood, A is for abortion: the play wants to validate female agency and procreation, but does not want to validate the science and sociology behind female independence in this century. It may be impossible to stage a woman comforted by an abortion option. Where would the drama be in that, perhaps more common, experience? 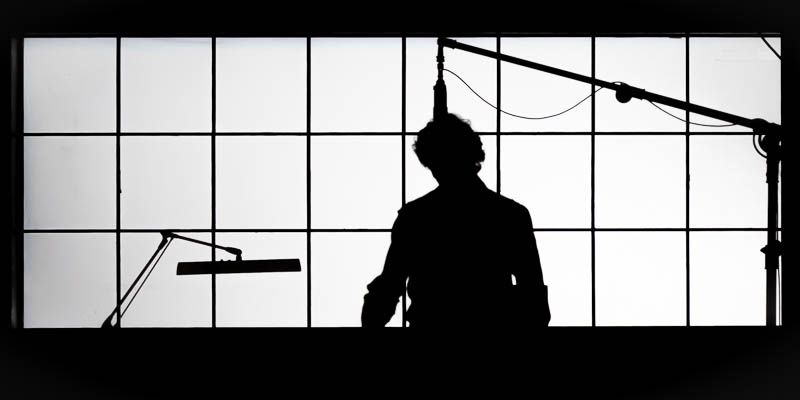