LADY RIVERS: I would also like to call a witness to attest to my character.

WARWICK: What did you say?

LADY RIVERS: I think you heard me. I escorted Margaret to England to her wedding when she was just fifteen. I carried her train at her coronation. I was by her side when she gave birth to her son. I was her dearest friend. And if any harm comes to me, it will be your head she spikes on the city walls. I can promise you that.

The truism of civil wars—wars that are fought “brother against brother”—is finally beginning to ripple upwards in the aristocracy. The fourth episode of The White Queen is unsparing in its tearing apart of families, some by necessity and some for power. The plight of Margaret and her son is waylaid this week in the interest of a new Margaret and son, Margaret of Anjou and her terrifying son, Edward, the Black Prince of Wales. Now that his campaign with George has failed, Warwick the Kingmaker offers up his last political pawns, his daughter Anne, in marriage to Edward, and she is abandoned by her family and carried off on campaign with the deposed Lancastrians. This is precisely the fodder of her nightmares we saw back in episode two. 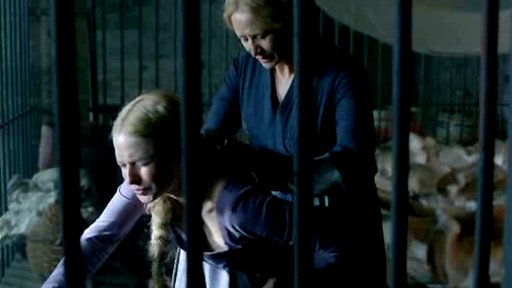 While the analogy of civil war may seem a worn point to make, it is significant to the genre theory of the period. When considering the ethics of loyalty and fidelity, the notion of resistance is immediately evoked. Civil resistance allows for the hazy notion of loyal dissent: an act of service that requires the vassal subject to disobey feudal leadership in order to fulfill his or her obligation of duty. Following this logic one could argue that adaptation is a kind of textual civil resistance, one that authorizes its source- or hypotext by the act of appropriation while simultaneously making changes to it. It is this disloyalty rather than any strict fidelity that supplies the women here with political piquancy. While Warwick and George deploy an overt royalist rhetoric of love, loyalty, and service (seemingly regardless of house), the disloyalty to their sources and the anxiety that infidelity produces gets freighted by the metaphorical language of civil war.

Back in London, Edward and Elizabeth are troubled by news of this new alliance, and are taken by surprise when Warwick leads an assault on London. Warwick, now in control of the country, has Jacquetta tried for witchcraft, but his plans are thwarted when she appeals to her friend Margaret of Anjou for a testimonial. Old bonds and the mystery of women’s domestic secrets swell to the surface. Jacquetta is able to martial her political clout against what the show posits to be a true accusation by adopting a character type indicative of late Renaissance drama: the contesting female servant. Fidelity figured as a central theme for those characters without blue blood. Shakespeare depended on the ambiguities inherent in the language of love, service, and civil strife to experiment with models of resistance. Think Emilia, Iago’s wife in Othello. While Shakespeare may have given us a variety of ways to define the female gender, the women of The White Queen suggest that the only possible model for female political service is one driven by an ethic of infidelity—the same ethic that inspired the first beheading of an English king by popular dissent. Here the language of fidelity dissimulates the victimization of female “servants to the crown” in an effect perhaps more ideologically unsettling than any overt subjection. 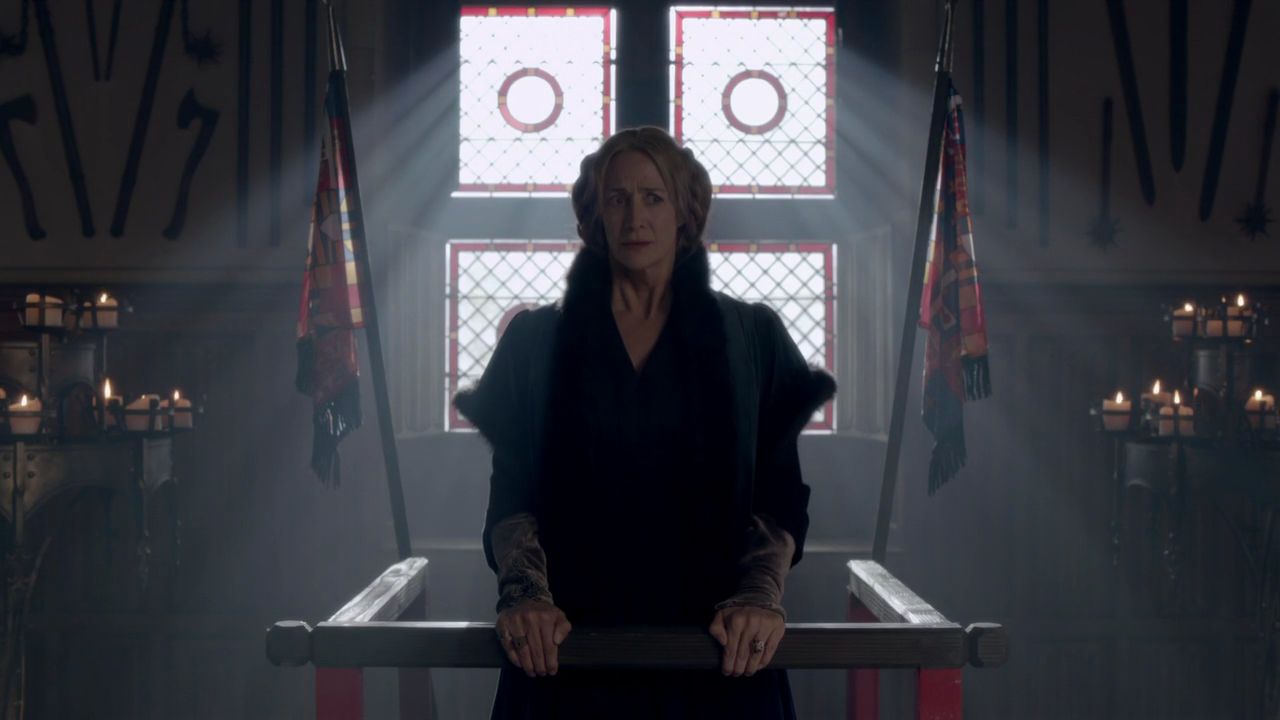 In the halls of power the  episode makes it seem as if these women are fighting a kind of trench warfare, moving into increasingly desperate territory. As Anne unwittingly makes for the war trail, Elizabeth seeks sanctuary at Westminster Abbey with her children, barely squeezing her belly through the back gates. Here she again takes up a Marian posture as servant to God and loyal to her husband, God’s anointed representative on Earth (although Margaret Beaufort would beg to differ). Jacquetta is freed and makes it to the catacombs just in time to help her daughter give birth to a baby boy (finally!) and clear heir to Edward’s throne. As good as political news as this is, portending a peace Edward has yet to cultivate in the country he continues to fight for, it is a re-instantiation of the gradual station Elizabeth and Jacquetta had cultivated for the bevy of daughters they both trail about them. Of her own process Phillipa Gregory has described herself as “reading the records…with a feminist perspective.” If the show is to continue in this direction, it would suggest that baby Prince Edward isn’t destined for a long life in order for the women to recapture some of their standing. In the ultimate act of fidelity as a wife, mother, and queen, Elizabeth has committed a kind of “unnatural revolt” (as Marlowe would describe it) against her own identity politics. Perhaps the cruelest war we’ve witnessed so far is in fact that civil war with one’s self.