¶ I’ve just completed a Twitter play with a group of first-year seminar students here at Pacific University, and it has been an amazing experience. I am planning on writing about it in more detail in the future–and perhaps presenting on it at the upcoming Oregon Technology in Education Network (OTEN) conference. For now, I wanted to provide a brief overview of the performance that has just wrapped today and a link to the Storify so you can catch up for yourselves with our 747-tweet play. 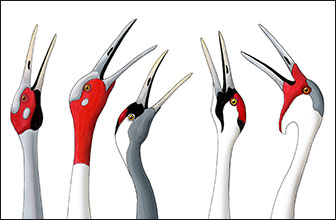 ¶ A little less than five hours from Forest Grove, OR, is the town of Othello, WA. Located in the heart of the Columbia Basin, it is home to the largest migration of Sandhill Cranes. 35,000 of the birds, white and black with red face markings, return to Othello from Alaska every March, and a local festival organizes spectator events. While the #BlackLivesMatter movement took wing in Seattle, the states of Washington and Oregon were founded on premises of exclusion of peoples of color and remained segregated until late into the 1970s.

¶ As demonstrated in both the course text, Critical Race Theory, as well as the New York Times’s #thisis2016 video essay, storytelling is one of the most powerful tools we have to combat the cultural construction that is racism. Once we can name it, label it, we can deconstruct it and dismantle it. Students were takes with adapting and performing one or more roles from William Shakespeare’s seventeenth-century play, Othello, for the social media platform, Twitter, and then write about it. Set in the present-day Pacific Northwest, your task is to adapt the narrative of the play and remake it in 140-character segments to both put yourself in someone else’s shoes to think about what it means, as Coates’ says, “to live in a black body,” as well as to use performance as an act of solidarity with those who do not benefit from the protections of a white body.

¶ I am interested in your thoughts and responses to this Digital Pedagogy project, or if you followed us along the way. Feel free to leave a comment here, email me, or respond to the hashtag: #OthellosCrane. What follows is the Storify of the performance in chronological order.